Since humans began shaping tools to cut, lift, crush, invert, and mix the soil, tillage has become intimately associated with the idea of ‘land husbandry’. The soil’s memory of tillage practices may linger over months, seasons, decades, or millenniums depending on soil texture, structure, drainage, water content, crop rotation, and patterns of rainfall and air temperature. These factors interact with tillage in a complex manner that is often obscured by short-term investigations. Ongoing support for long-term field trials is crucial for assessing tillage effects on soil properties and their relationship to short- and long-term productivity.

In 1984, researchers in NCSU’s Department of Soil Science established two tillage trials, both on fine, kaolinitic, thermic Typic Kanhapludults at the Upper Piedmont Research Station near Reidsville, North Carolina. The Reidsville tillage plots have served as a platform for diverse investigations related to soil-crop productivity and environmental stewardship for over three decades. Eleven research articles have been published in major peer-reviewed scientific journals, and a growing public-private partnership seeks to preserve these unique historic trials for future research.

We present a survey of this research below, sharing insights we have gained about the nature and agronomic importance of tillage in Southern agriculture. 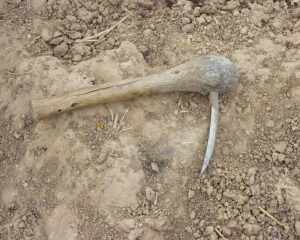 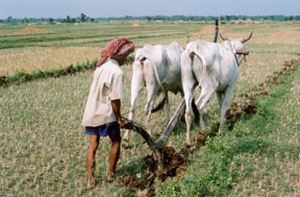 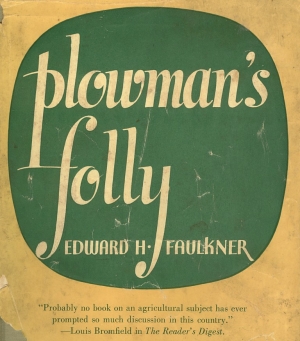 Dust jacket from an early edition of Plowman's Folly by Edward Faulkner (1943). It's hard to imagine a book about tillage becoming a national bestseller but Plowman's Folly went through eight printings in its first year alone, insuring financial success for the fledgling University of Oklahoma press. The cover endorsement is by Louis Bromfield. Bromfield was a pioneer of conservation farming in the 1940s in Ohio and a contemporary of Faulkner.