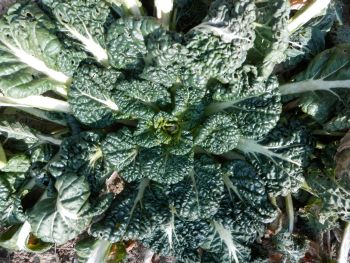 Across a broad swath of North America, January isn’t prime time for outdoor plants, nor for veteran dirt hogs dreaming of tilling the soil, sowing seed, and coddling the various tribes of the vegetable kingdom. North Carolina is not exempt from this seasonal hiatus despite the usually mild winters. Witness January 2018: opening with an icy blast of polar vortex strong enough to spawn what is being called a bomb cyclone (!) further north, thankfully far removed from my perch.  Still, poignant traces of leafy green bolt skyward here in the winter garden undaunted, longing to capture the sun’s rarefied gleam. One such leafy green is yukina savoy, a relatively obscure, hardy Asian vegetable that can hold its own against freezing temperatures every bit the equal of southern mainstays like collards and kale. END_OF_DOCUMENT_TOKEN_TO_BE_REPLACED