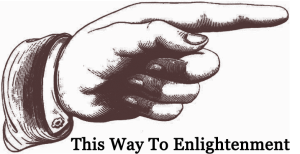 If you’re landing here for the first time, this is a blog about agriculture, sustainability, land, and life. It’s a venue for publishing long- or short-form missives about things that interest me professionally and unprofessionally.  Some of my posts are highly technical in nature. I expect there will be more of those to come. Don’t be put off by the mental slog. The path to enlightenment is strewn with paper tigers breathing dyspeptic jargon and gilded with harmless human hieroglyphics. Take courage!

The new Agrosphere Journal blog offers several improvements over its predecessor. In addition to a responsive, clean and elegant theme by Swedish designer Anders Norén (albeit savagely edited by me), each blog entry also has benefitted from scanning by Grammarly, a digital writing assistant that uses AI and natural language processing for grammar and spell checking (among other things). I learned that I habitually drop definite articles in my writing and failed to properly hyphenate scores of words. I was also surprised by the number of typographical errors lurking back in the linguistic weeds…reversed letters and such, despite all of the patient proof-reading on my part. On the bright side, my grammar passed the audition for the better part.

The migration process also afforded me the opportunity to re-read old blogs again.  Some of these have aged ungracefully, yet others remain relevant and worthy of resurrection. My very first piece, Out of The Scientist’s Garden, was a professional retrospective and critique of CSIRO researcher Richard Stirzaker’s eccentric book about the agricultural sciences and global food security.  It remains a favorite of mine. I still unrepentantly shill his book over in the sidebar (I have no affiliation with the author or publisher CSIRO). Another popular blog that has stood the test of time is Peasants, Farmers and Scientists. It’s also a combined retrospective and critique of Henk Mutsaer’s landmark book about tropical agricultural development in the 20th century. More recently, there’s Interrogating Plant Status in the Key of F, a study of plant fluorescence and what it tells us. It’s a bit on the technical side but worth dipping into if you’ve ever wondered about the nature of the photochemical reactions going on inside the chloroplasts of green plants during photosynthesis.

Size Matters (Particle, That Is)